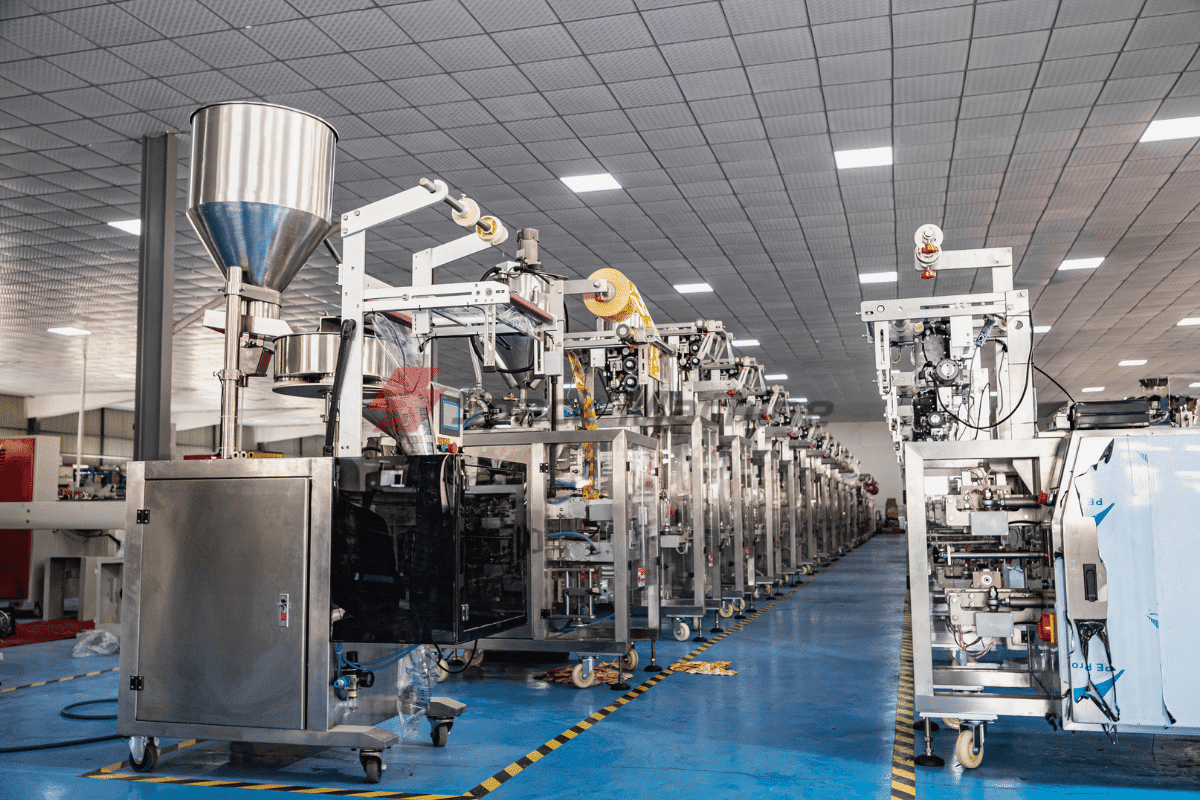 Are you searching for a natural way to preserve your food product? Would you like to extend the shelf life of your products while retaining their texture, flavor, and color?

Modified atmosphere packaging (MAP), is a proven and natural way of prolonging the shelf life and quality of food goods.

It creates a protective environment around the food by using a single gas or a combination of gases.

This protective environment, when paired with the right packing material and, in many instances, decreased temperatures, extends the life of the food’s flavor, safety, and attractiveness.

If you’re new to the world of modified atmosphere packaging (MAP), then you’ve come to the right place.

This guide will teach you everything you need to know about MAP, from what it is to how to get started. By the time you finish reading this guide, you’ll be ready to start using MAP in your own business. 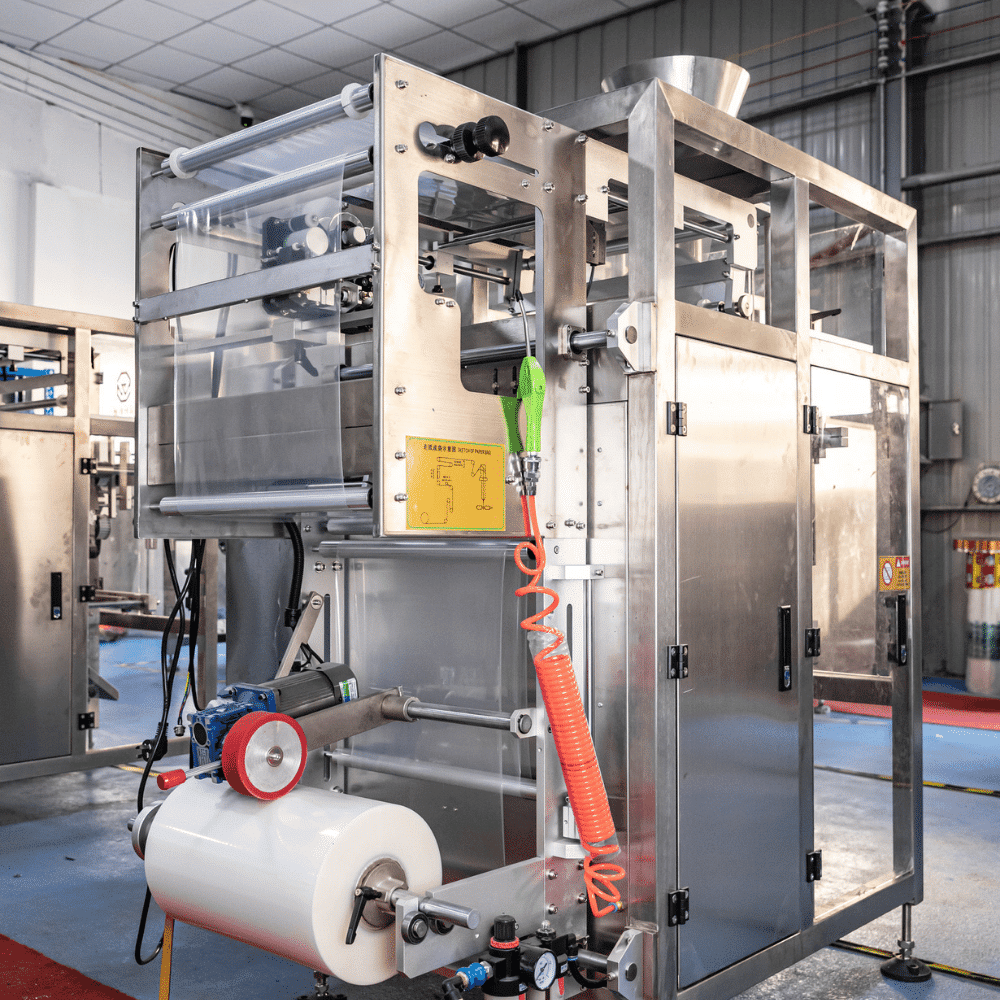 So, what is modified atmosphere packaging (MAP)?

In short, MAP is a way of preserving food by modifying the atmosphere around it. This can be done by using a single gas or a combination of gases, depending on the needs of the food product.

It is one of the most cost-effective and widely used techniques of preserving food goods today.

MAP is also one of the most adaptable.

Through the use of atmospheric engineering, it is possible to extend the shelf life and maintain the quality of a broad variety of products, whether they are stored at room temperature or refrigerated.

Scientific ideas that are fundamental for this technology might be difficult to understand and use.

The protective environment created by gas flushing helps to maintain the food’s flavor, safety, and attractiveness.

In some cases, decreased temperatures are also necessary to maintain the quality of the product.

The main goal of MAP is to prevent food spoilage, a process that occurs when bacteria or mold grows on food. 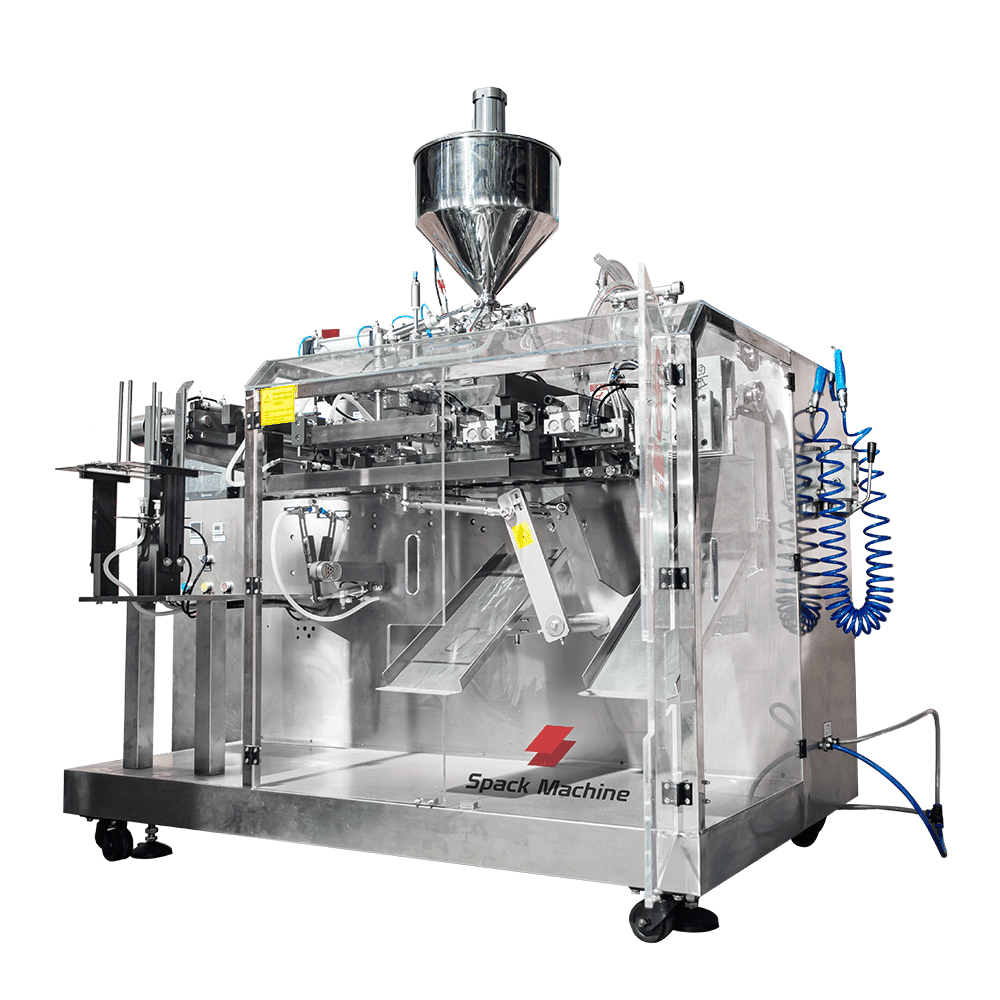 Barrier films are impermeable packaging solutions that may be constructed from a single layer of flexible film or numerous layers of different materials, depending on the intended use for the film.

Lacquers and resins are applied on both sides of barrier films to achieve the desired outcomes.

A barrier film’s capacity to block the admission of oxygen, carbon dioxide and moisture was previously evaluated.

Protecting against the migration of mineral oil and UV radiation has become more crucial in recent years.

Food may be protected against the loss of nutrients and functional features such as flavor, fragrance, texture, or color thanks to barrier films’ impermeable nature.

When it comes to selecting the best barrier film for your product, there are a few things you need to keep in mind.

The first consideration is the type of food that will be packaged. Some foods are more sensitive to gas and light than others. If you’re packaging food that is already susceptible to spoiling, you’ll need a tougher barrier film that can protect it from oxygen and moisture.

The second consideration is the environment in which the food will be stored. If your product will be kept in a refrigerated or frozen environment, you’ll need a film that can stand up to those conditions.

Modified Atmosphere Packaging (MAP) such as these small valves is used in a wide range of sectors, but they’re particularly common in the coffee industry.

Coffee packages with one-way valves are tiny plastic pieces that do not compromise with packaging designs, marketing materials, or the operation of the product.

The valves are also undetectable and inaudible when the package is opened. They’re also not expensive, which is a plus for small businesses.

When it comes to MAP, on-package valves are one of the most important tools you can use.

Food producers and merchants are increasingly interested in oxygen scavengers, and the worldwide industry is expected to develop as a result.

In the case of a changing atmosphere package, desiccant packs are a useful approach to adjust the environment.

They can be used to keep the product in an acceptable humidity range, remove oxygen, or control gas composition.

The use of scavengers has become more important as food producers have sought to improve the quality and extend the shelf life of their products. There are many different types of scavengers, but the two primary types are desiccant packs and oxygen scavengers.

Desiccant packs are used to control the humidity level in a package. They are often made of materials such as clay, silica gel, or activated carbon.

Desiccant packs work by adsorbing water vapor from the air. The amount of water that they can absorb depends on the type of desiccant and the relative humidity of the air.

Oxygen scavengers are used to remove oxygen from a package. They are often made of materials such as iron, copper, or zinc. Oxygen scavengers work by reacting with oxygen to form water vapor. The amount of water that they can produce depends on the type of scavenger and the concentration of oxygen in the air.

Both types have their advantages and disadvantages. Desiccant packs are less expensive than oxygen scavengers, but they can only reduce the humidity level in a package.

Oxygen scavengers are more expensive than desiccant packs, but they can remove all the oxygen from a package.

How does Modified Atmosphere Packaging work? 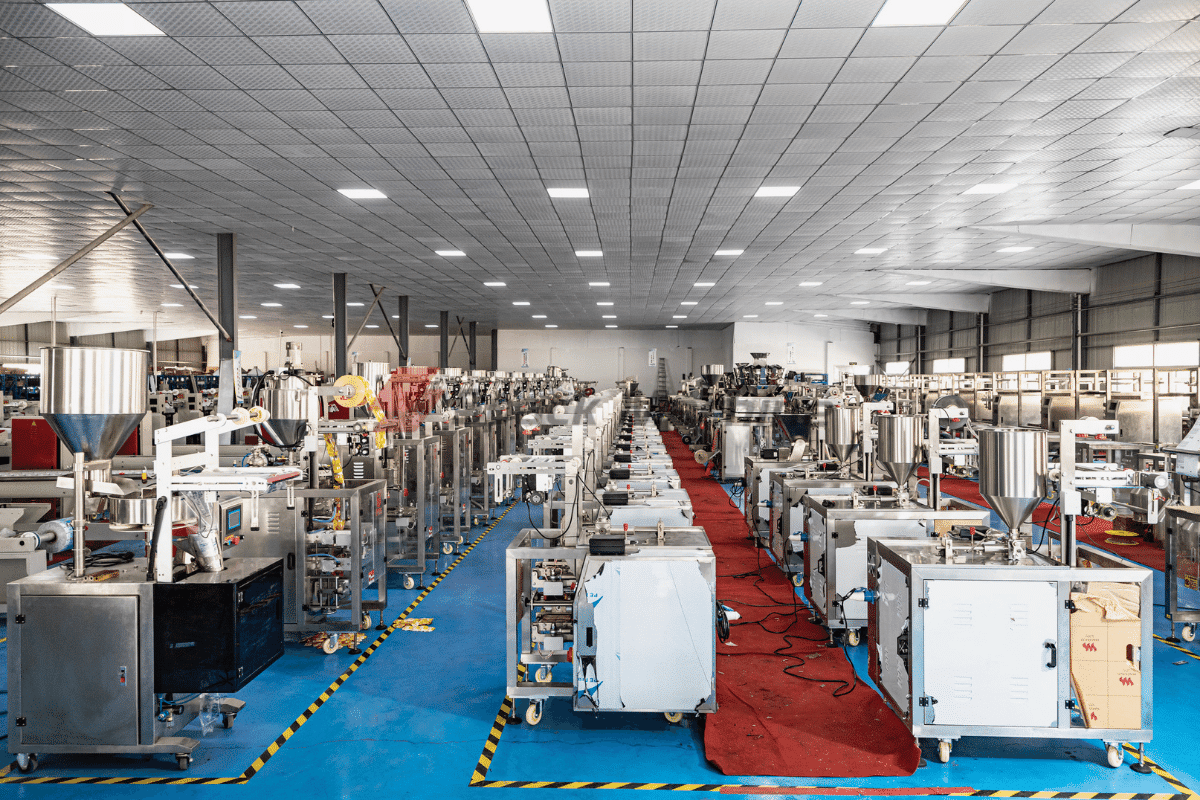 Modified Atmosphere Packaging protects food by enclosing it in packaging with a precisely regulated gas combination that dramatically inhibits both microbial development and oxidation.

The packaging works by replacing the air in the package with a different gas mixture. The most common mixture used is a combination of carbon dioxide and nitrogen.

In a MAP or CAP zone, the food is stored in an environment where the oxygen level is reduced and the carbon dioxide level is increased.

This combination of gases inhibits the growth of spoilage bacteria and prevents the oxidation of the food. The gas mixture can also be customized to extend the shelf life of specific foods.

Fresh fruits and vegetables are important for maintaining a healthy diet. However, these foods can be spoiled by bacteria and viruses that may contaminate them during harvesting, storage, or transportation.

Modified atmosphere packaging (MAP) is an attractive alternative to refrigeration because it slows down the ripening process of production while still allowing it to stay fresh longer than if they were stored at room temperature.

The three main gases used in MAP are oxygen, carbon dioxide, and nitrogen. By controlling the concentration of these gases, it is possible to create an environment that inhibits bacterial growth and spoilage.

MAP has been found to be particularly beneficial for fruits and vegetables that are high in sugar or water content because they are more likely to spoil.

Some examples of fruits and vegetables that are commonly packaged using MAP include strawberries, grapes, tomatoes, lettuce, and bell peppers.

Coffee shops have become a staple in many neighborhoods and cities all over the world. This is partially due to the fact that coffee is a popular drink, but it is also due to the coffee shop industry becoming more specialized.

There are now coffee shops that focus on serving only espresso drinks, latte art, cold brews, or pour-overs. This has led to an increase in competition among coffee shops and has forced them to find new and innovative ways to attract customers.

Modified Atmosphere Packaging can be a valuable tool for coffee shops to use in order to keep their food items fresh. By using MAP, coffee shops can extend the shelf life of pastries, sandwiches, and other food items.

This will help them to minimize food waste and maintain a higher level of customer satisfaction.

Modified atmosphere packaging (MAP) is useful in special medical companies because some products are used to come in contact with the human body, such as medications and medical devices.

The packaging needs to be able to protect the product from different types of contamination that can occur before or after the product leaves the manufacturing plant.

If you want to know more about modified atmosphere packaging, click this video. 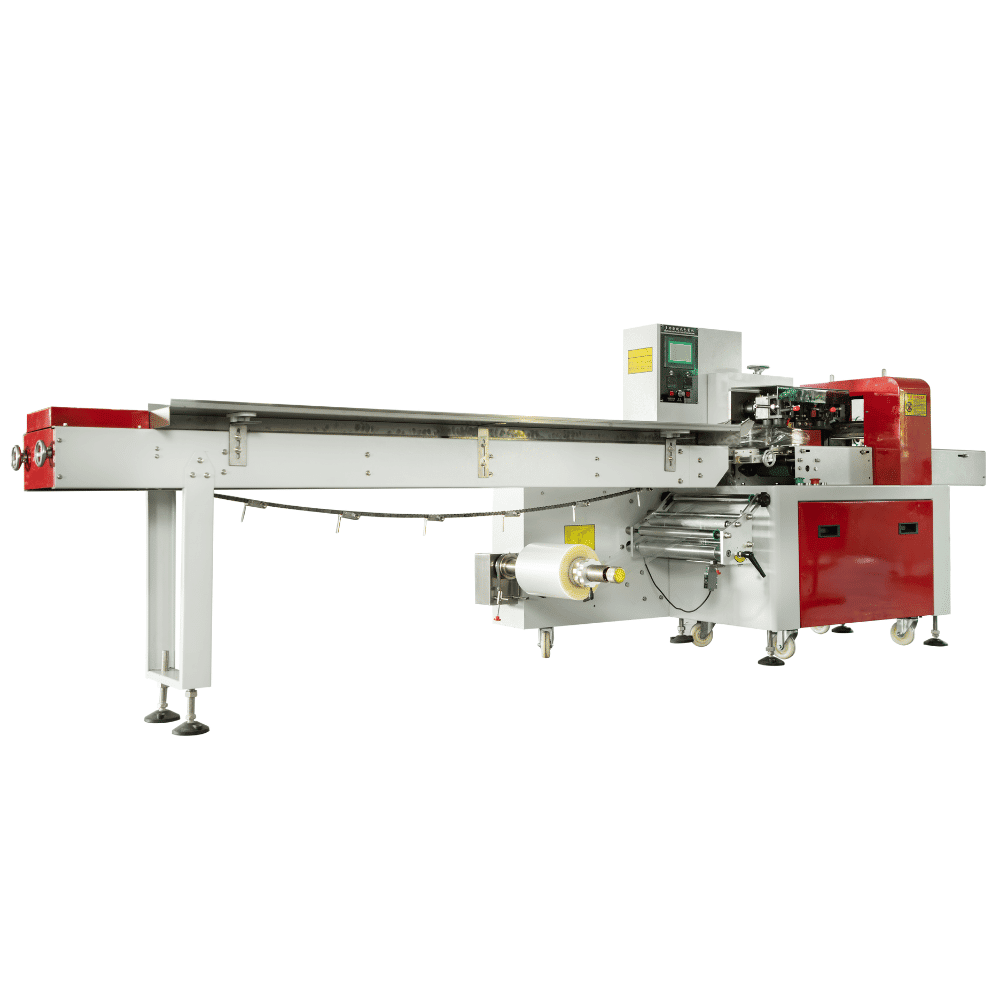 How does it preserve the freshness of the products?

One of the benefits of modified atmosphere packaging (MAP) is that it helps preserve the freshness of food products.

The gas mixture inside the package can help inhibit the growth of bacteria and other microorganisms, which can cause food to spoil.

Additionally, MAP can help keep food moist and delay the onset of oxidation, which can lead to flavor deterioration.

How is modified atmosphere packaging different from traditional vacuum packaging?

Modified atmosphere packaging is distinctive from vacuum packaging in that it does not always exclude oxygen from the container. By altering the oxygen and CO2 levels inside the package to the required value, a modified environment is formed.

Modified Atmosphere Packaging is a great option for food that requires refrigeration. This packaging method helps to prolong the shelf life of foods, which can reduce waste and increase customer satisfaction.

It also provides a way to protect products from contamination before or after they leave their manufacturing plant. If you’re interested in learning more about how MAP works, contact Spack Machine today! 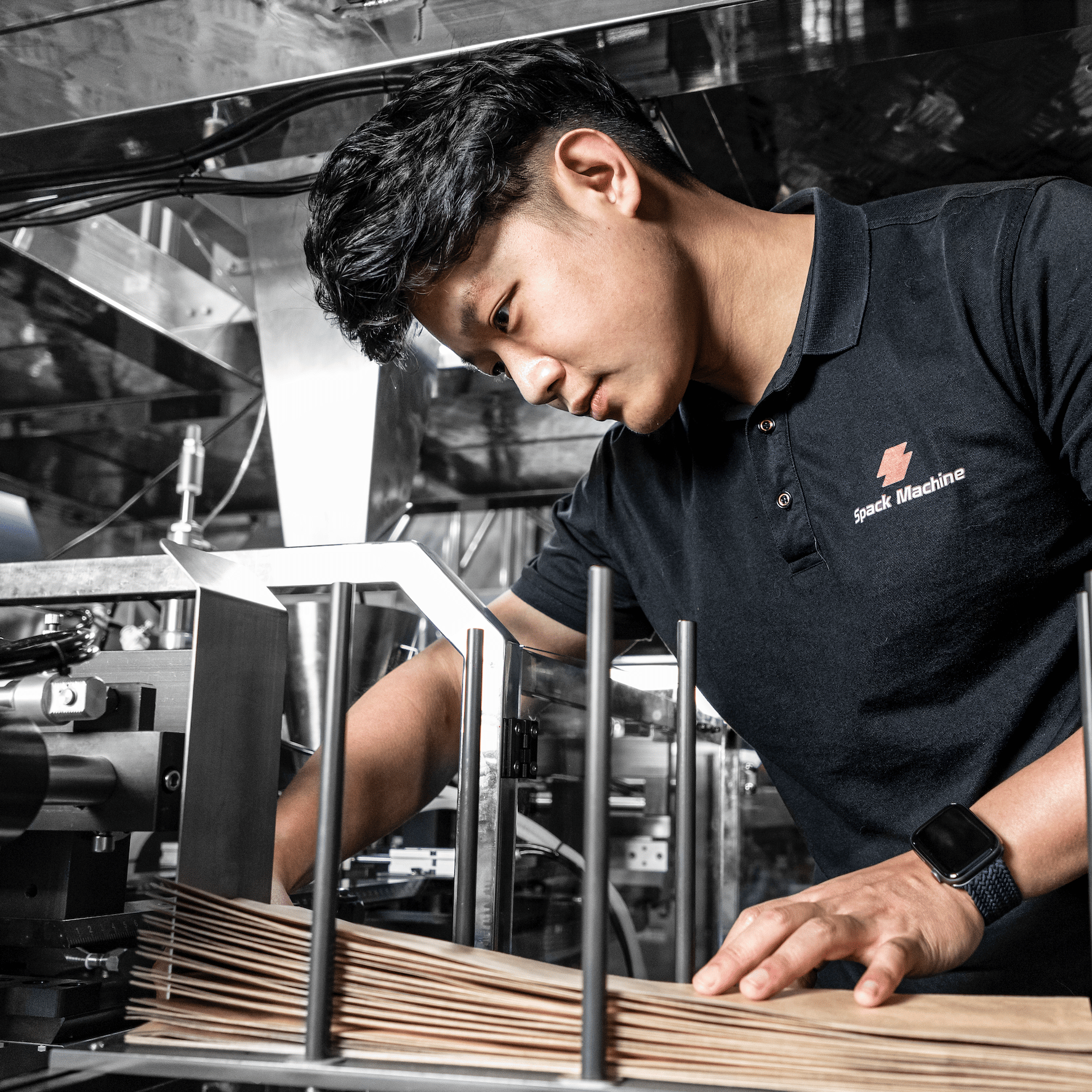 I am Leon, the technical sales manager of Spack Machine, I have a Mechatronics Degree and 10 years of experience in the packaging machine industry.

Spack Machine is a leading manufacturer of packaging machines. We commit to providing a one-stop solution for our customers.

I hope to provide you with valuable information about packaging and machinery through this blog.

What Are The Uses and Applications of Ziplock Stand Up Pouch Packaging?

Ziplock bags are a flexible and cost-effective packaging alternative for both food and non-food goods. This kind of...

END_OF_DOCUMENT_TOKEN_TO_BE_REPLACED 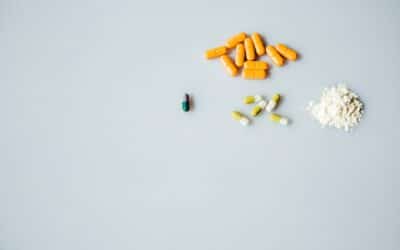 The pharmaceutical industry is a highly competitive field, and in order to stay ahead of the competition,...

END_OF_DOCUMENT_TOKEN_TO_BE_REPLACED 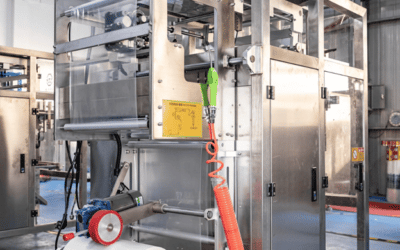 How does Modified Atmosphere Packaging Preserve Freshness of Goods?

Modified atmosphere packaging (MAP) is a type of food packaging in which the composition of the gas mixture...