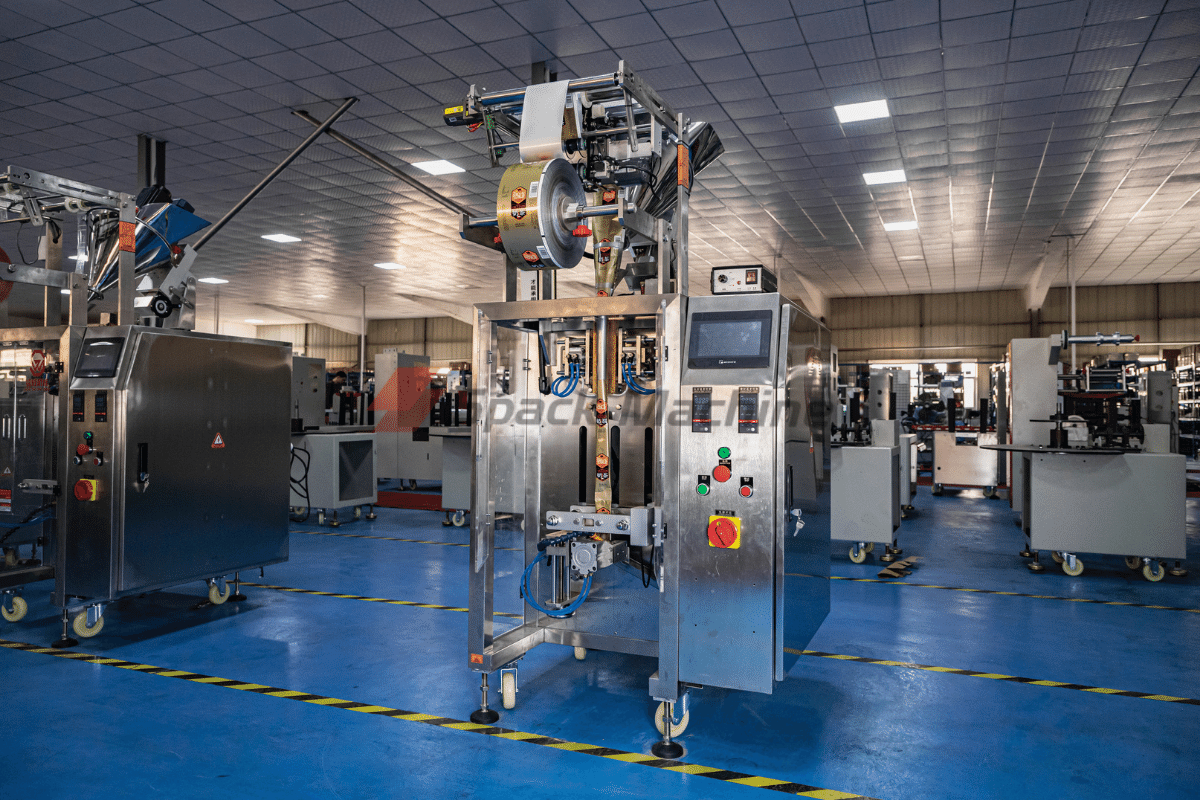 It’s no secret that the world is becoming an increasingly more automated place. From self-driving cars to machines that can do our laundry for us, it seems like just about everything can be handled by a machine like stick packaging machines!

As the food and beverage industry moves towards automation, more and more companies are turning to stick pack machines to help them with their packaging needs.

Stick pack machines with several lanes are utilized in many different sectors today for the packing of liquids and powders.

Stick packs are a common packaging choice for single-serve items, which current customers like due to the fact that these products are portable, convenient, and simple to use.

Stick pack machines are very popular among manufacturers and co-packers because of their ability to generate high throughput while conserving precious factory floor space. 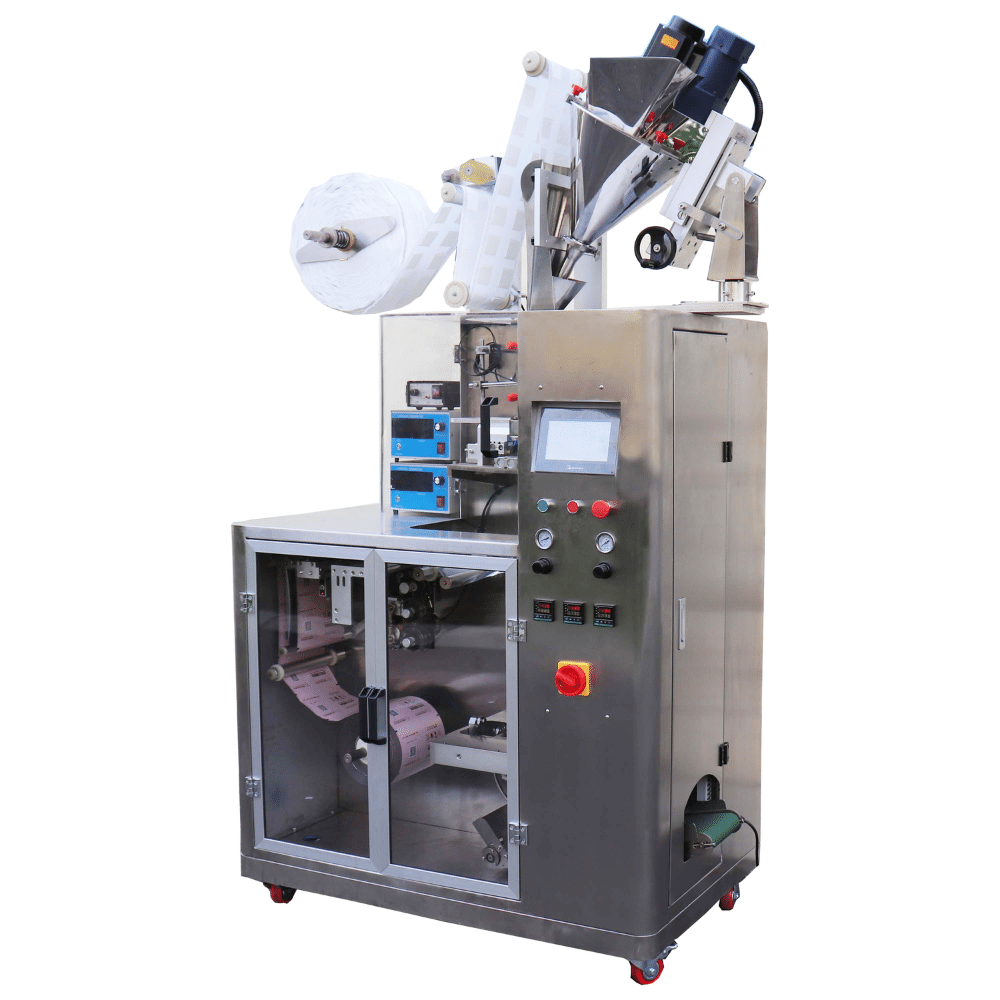 What is a Stick Pack Machine?

Stick pack machines function in a manner that is very similar to that of single-lane vertical form-fill-seal packaging.

First, a roll of film is cut and shaped into several stick packs. Next, the bags are filled with product and then sealed in a vertical way at rates of up to 80 bags per minute per lane.

A single stick pack machine has the capacity to generate up to 320 stick packs per minute if it is equipped with machines that can handle up to 8 lanes. That’s more than 40 sticks in each and every second!

What is the Seven Step Process of Stick Pack Machines?

Now that we’ve established the answer to the question “What exactly is a stick pack machine?” It’s time to have a better understanding of how these devices function in practice.

The term “rollstock” refers to the single sheet of film material that is rolled around a core that is used in stick pack machines. The motion picture film is unwound from the film reel that is located at the back of the machine.

The motion of the cross seal jaws, which are positioned at the front of the stick pack machine, is what really accomplishes the operation of unwinding the film.

Cross seal jaws are also referred to as grippers, and they work by gripping the film at the very edges and then moving it in a linear way towards the end of the machine.

The film is passed around an alignment roller if the machine has date-stamping equipment installed. This facilitates accurate registration of the placement of the date stamp on the product in reference to the horizontal seal.

The film is then passed through a group of nip rollers in the next step. Nip rollers provide uniform pressure to the film in order to assist in maintaining consistent tension in the film, which in turn helps to maintain the correct operational position of the dancer’s arm.

During the process of unwinding, the film is removed from the roll and then passed over what is known as a dancer’s arm, which is a weighted pivot arm placed at the back of the machine.

Rollers have been included in the arm in a number of places.

The arm travels up and down while the film is transported to maintain the film’s tension and to ensure that the film will not stray from side to side when it is being moved.

The cutting portion receives the film after it has been processed via the nip rollers. A huge roll of packaging film is cut into strips at this stage of the process. The number of strips cut from the roll is determined by the number of lanes on the stick pack machine.

The individual stick packs are built around these strips, which serve as the foundation.

These cutting disk knives are not powered by motors and are used to perform this phase.

The film, which is being held at a constant tension throughout the process, is fed through the blades while they are in touch with a roller that has been specifically built for the purpose.

While being dragged through this assembly, the film is split into individual stick packs that are then packaged.

From this point, the sliced film is transported through a number of forming tubes (one per lane).

When the cut film reaches the shoulder (collar) of each forming tube, it is folded around the tube to produce the shape of a “stick pack,” with the two outside edges of the film overlapping one another. This happens when the film crests the shoulder of each tube.

A lap seal or a fin seal may be produced using the forming tubes, depending on how they are configured.

When compared to a fin seal, a lap seal is often thought to have a more appealing overall appearance and also requires less material.

Once the film has come to a complete stop, a number of vertical sealer bars, one for each lane, will travel forward and come into touch with the vertical overlapping that is present in the film.

To seal the top and bottom of each stick pack, a single horizontal sealing jaw comes together.

The product that is being packed is dropped into the middle of the forming tubes while the sealing jaws are closed, and it fills each individual bag as it travels through the machine.

The accurate measurement and release of discrete amounts of product to be put into each stick is the responsibility of a filling instrument such as a volumetric filler, liquid pump, or auger filler. Similar filling devices exist.

The finished stick packs are deposited into the outfeed chute, which is equipped with a flap that can be programmed to open and shut at certain intervals. This allows the bags to be discharged either into an outfeed conveyor or straight onto a collection point.

Individual outfeed chutes are an available add-on that provides users the ability to regulate and direct the flow of stick packs as they are ejected.

Bags that have been filled may then be fed into downline equipment such as check weighers, x-ray machines, case packaging, or carton packing machinery.

What products can be packed with a stick pack machine?

A stick pack machine can be used to pack a wide variety of products, including:

A stick pack machine can be used to pack a wide variety of products. Stick pouches are the best option for the food and medical industries. It keeps powdered items, such as instant coffee and medication powder, with the lowest danger of explosion.

And our pouch packaging equipment at Spack Machine is equipped to successfully accommodate this sort of packing to increase your output.

Should you want to know more, please don’t hesitate to contact us.

What’s the Right Coffee Packaging Machine for Your Business?

Picking the right coffee packaging machine for your business can be a daunting task. With so many options available,...

END_OF_DOCUMENT_TOKEN_TO_BE_REPLACED

How to Calculate the ROI on a Potential Packaging Machine Investment

Automated packaging machine purchasers often inquire how long it will take to recoup their investment. Understanding...

END_OF_DOCUMENT_TOKEN_TO_BE_REPLACED

Packaging machines are used to package a wide variety of products for shipment or storage. There are many different...